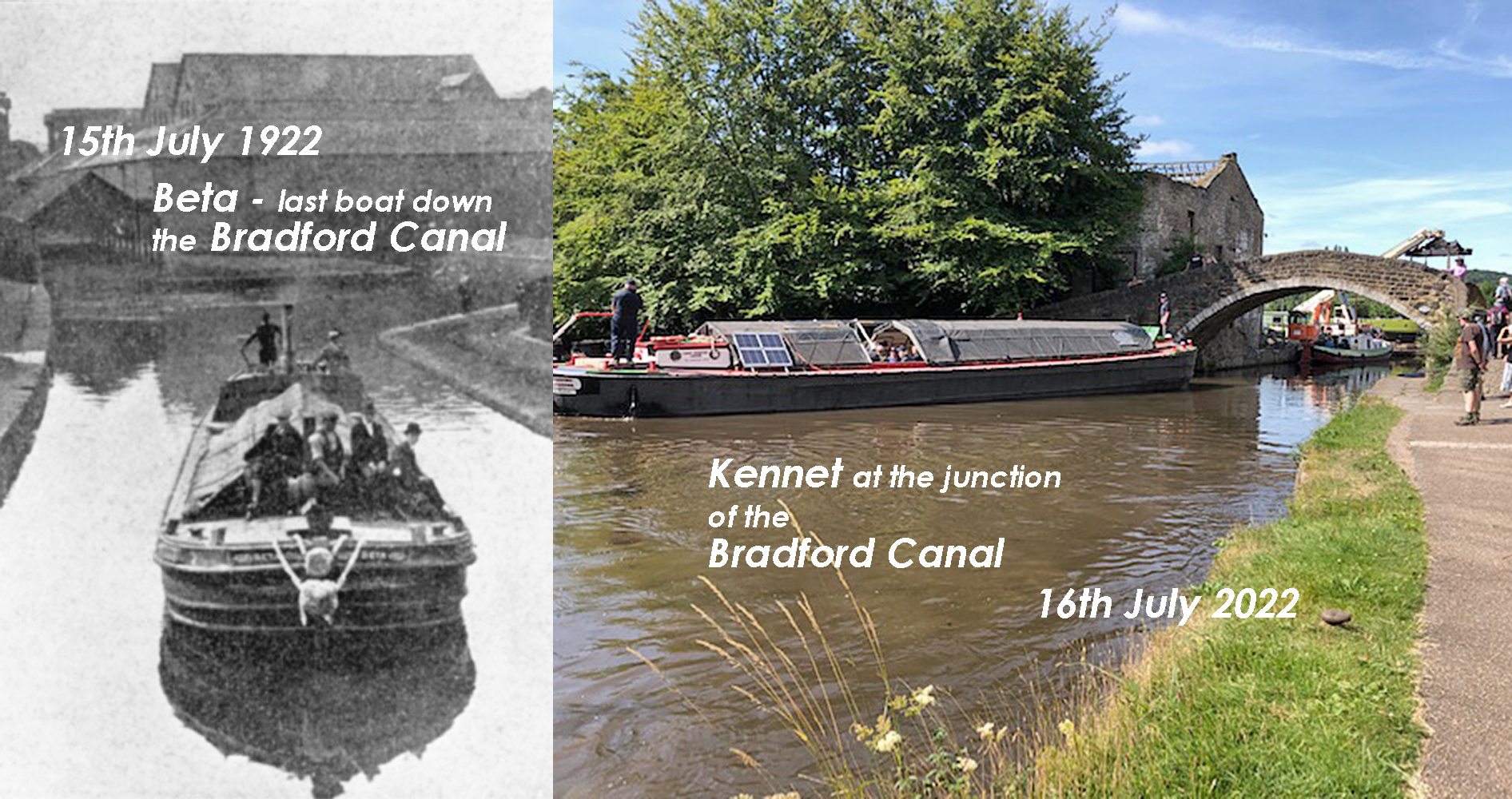 100th Anniversary of the Closure

15th July, 2022 saw the 100th Anniversary of the Closure of the Bradford Canal when the last commercial boat travelled down the Canal to Shipley.

To commemorate the closure, the Lord Mayor of Bradford, 3 generations of the Walls family, and other representatives of the Council and the Canal & River Trust boarded Kennet on 16th July. A short return journey from Gallows Bridge Shipley to the old junction with the Bradford Canal.

Kennet opened to the public at Gallows Bridge, close to the old junction with the Bradford Canal. A Society member led a public walk along the remains of the Bradford Canal. Despite 100 years passing, there are still a surprising number of canal structures which survive.

The canal had a chequered early history, from being central to the development of the town in the late-18th Century, to being blamed for a cholera epidemic in the 1850s. This resulted in canal’s 1st closure in 1866. However, this was not the end of the story, with the canal re-opening on 16 April 1873, and continuing to provide transport facilities for the town until 1922.

This unusual history should not blind us to the very real importance of the Bradford Canal. Originally proposed by Bradford merchants as an integral part of the Leeds & Liverpool Canal. The Canal was actually built by a separate company, although the two canals had a joint office on Moor Row until around 1850. The Canal proved to be more important than the merchants could have wished for in supporting the development of Bradford. During the next century and a half, the woollen and worsted industries relied on raw materials delivered by boat from Liverpool and Hull. The canal also carried limestone from Craven for purifying the products of the world-famous iron works at Bowling and Low Moor, as well as building stone. Bradford’s industries and offices relied upon the Canal.

The very last boat to make its way down the canal in July 1922 was the steamer Beta, recently purchased by Benjamin C Walls after he set up his carrying company in 1921. Despite the closure, the Walls family continued to be involved with canal carrying until canals were nationalised in 1948. The company then turned to roads as the Keighley-based Walls Shipping Company, an international carrier until 1972.