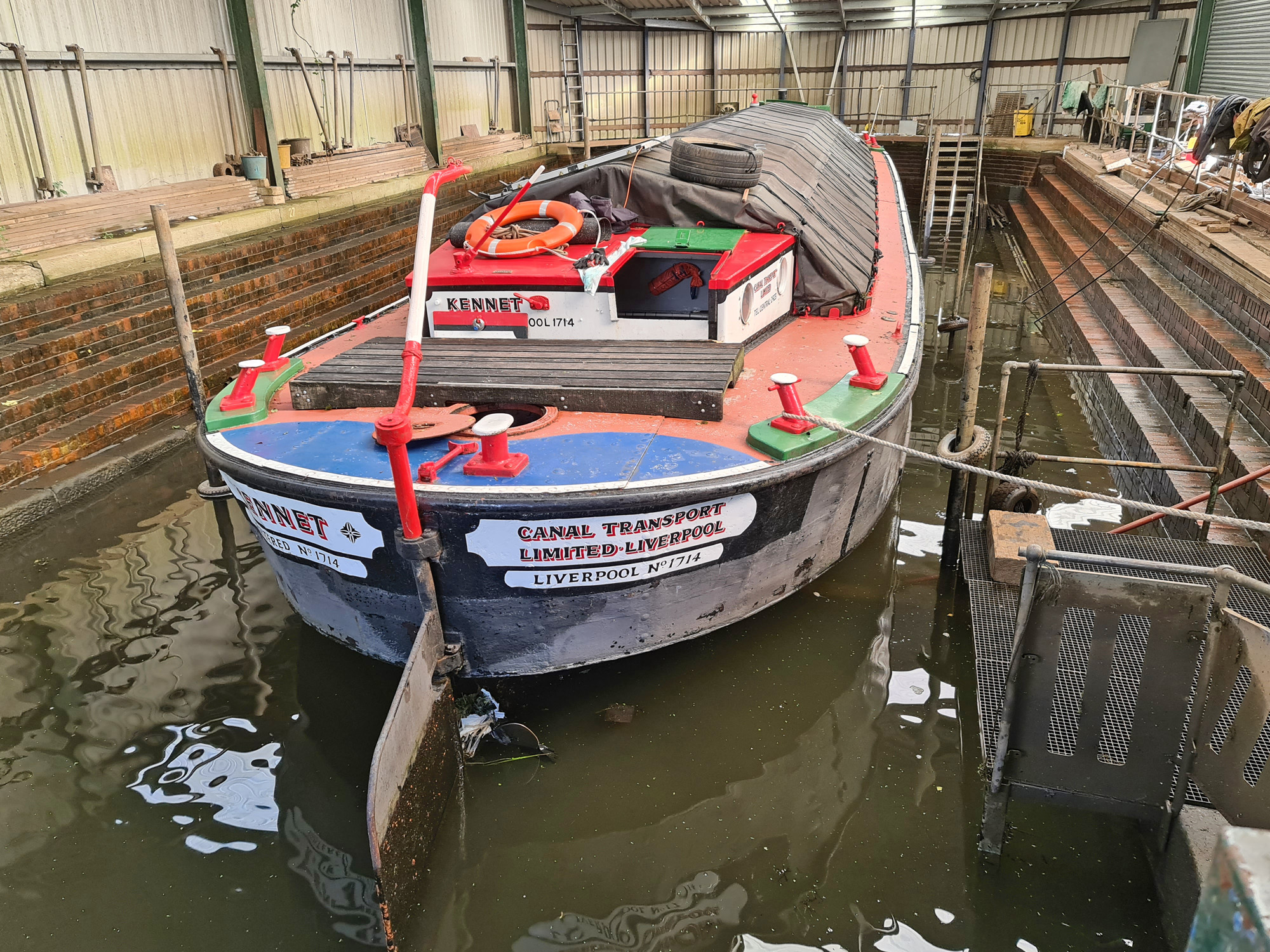 After being ‘marooned’ in dry dock

Following Kennet’s successful appearance at the Saltaire Festival, it was taken to Burnley for dry docking. While the work was being undertaken Kennet was ‘marooned’ as a consequence of the major breach at Rishton.

By Saturday October 23rd water levels above the breach had been sufficiently restored and the Barrowford Locks made navigable for wide beam boats.  Kennet then duly returned to its ‘home mooring’ after having to stay at Finsley Wharf, after coming out of dry dock, for a short period.

Kennet’s ‘home mooring’ is above the Greenberfield Locks where it will remain until the start of the next season.