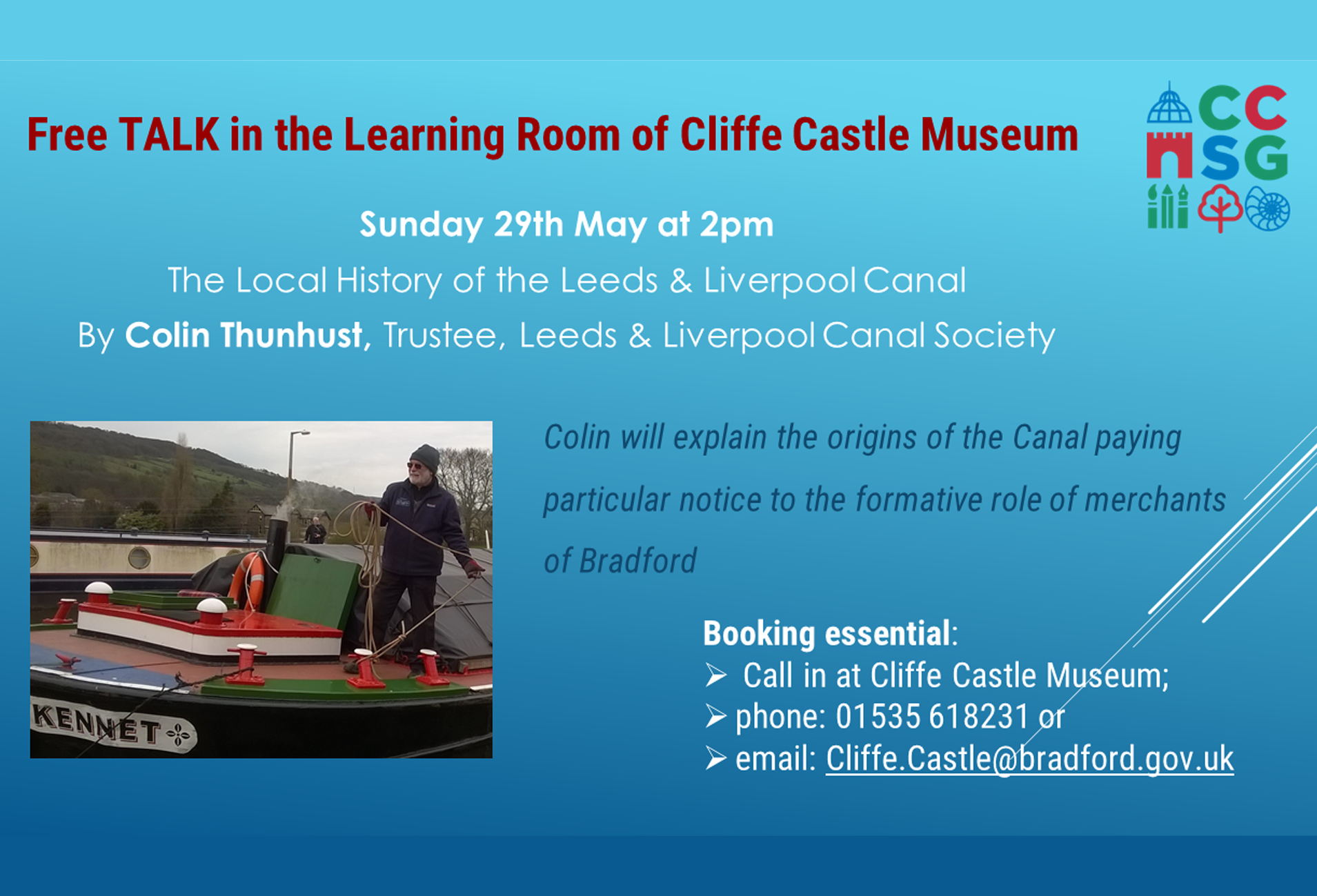 The talk on Sunday 29th May is about the Local History of the Leeds & Liverpool Canal. It forms part of the build-up to the InMotion Keighley Transport Festival 2022 – 2nd & 3rd June.  It looks at the development of the Canal as a critical mode of transport locally and regionally.

The talk by Colin Thunhurst explains the origins of the Canal, paying attention to the role of the merchants in Bradford.  Looking at the early years of the Canal as the various parts fell into place. It charts the development of the Canal including the important local decision not to have a Keighley Branch of the Leeds & Liverpool Canal. This resulted in the importance of the Stockbridge Wharf as a centre for the transfer of goods in and out of Keighley.

He will also outline the chequered history of the Bradford Canal, arguing the importance of commemorating its historic role in this centenary year of its final closure. Notwithstanding the poor local reputation of the Canal.  He will map the post-war decline and resurgence of the Leeds & Liverpool Canal, touching on incidents such as the Keighley breach of 1952, and the Canal’s transition from a commercial waterway to one of Britain’s most important “leisureways”.

The role of the Leeds & Liverpool Canal Society will be outlined in chronicling and disseminating knowledge of the Canal’s heritage, particularly through its use of its heritage boat Kennet  as a floating museum carrying its cargo of heritage. Kennet will be moored at the Stockbridge Wharf and open to the public during the InMotion Keighley Transport Festival 2022.